The Christmas dinner was enjoyed by all.  There were about 60 people present.  The highlight of the evening was the announcement of the AHARS amateur of the year.  This year the recipient was John VK5EMI, who received the inaugural Denis Grieg shield, as a permanent reminder of the honour.  The Denis Grief shield was presented to John by Denis' widow Rosalind, in memory of Denis VK5PC who became a SK during 2003, and is to be an annual award. 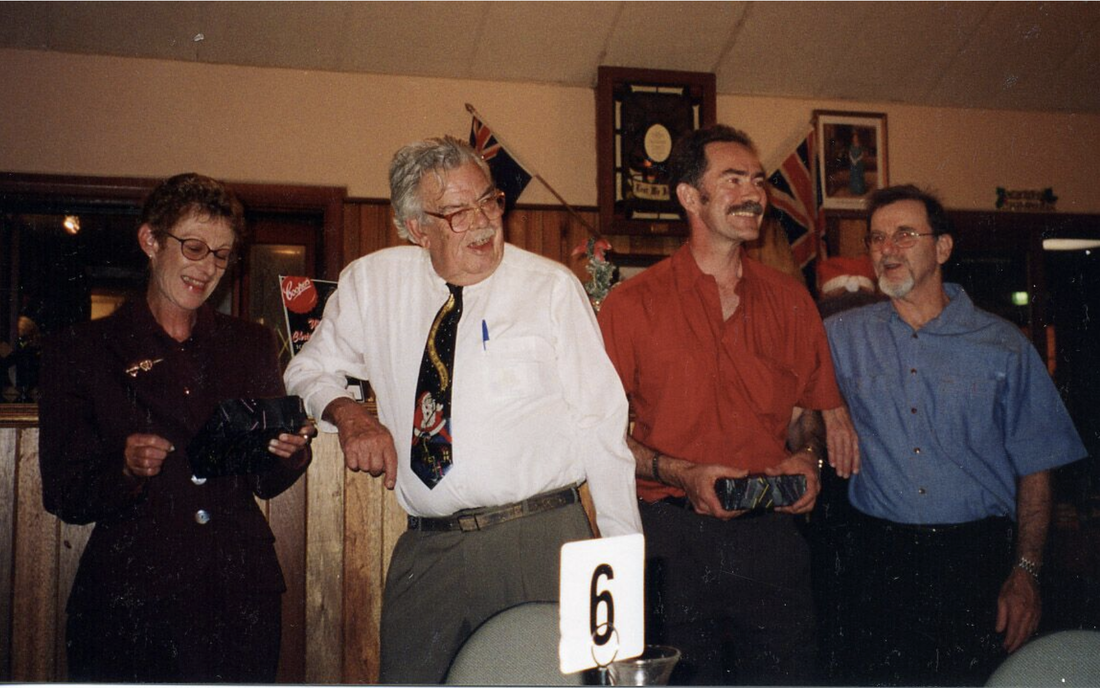 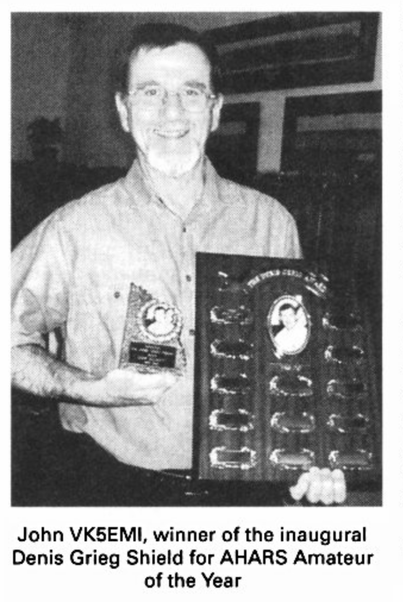 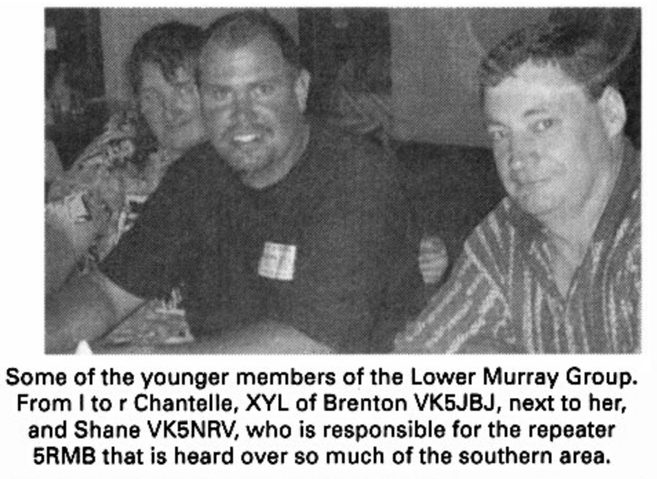 This was held at the Wellington Hotel.  About 14 people enjoyed a good meal and pleasant company. 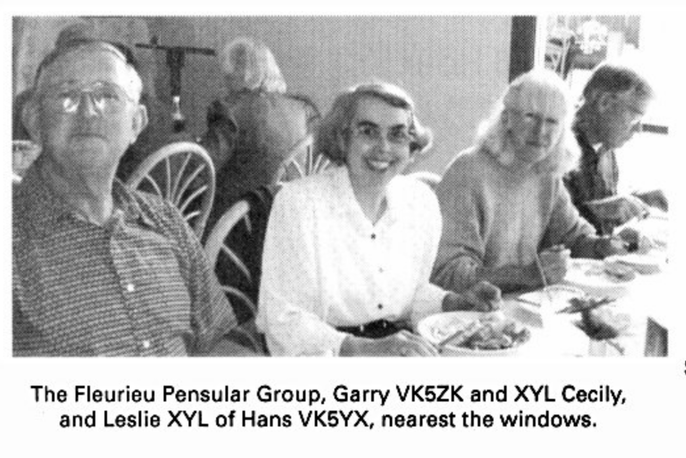 The AHARS Buy and Sell on November 23rd was the usual success.  The weather was not but the hall was well air-conditioned.  The queue outside waited in the shade but was as long as ever. 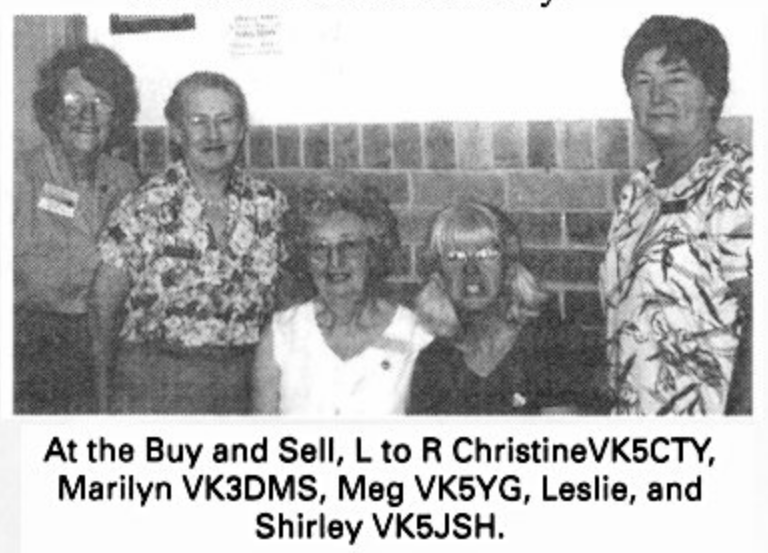 The October meeting was a member's Show and Tell.

Darryl VK5JDS showed his frequency synthesiser that operated from 100kHz to 60MHz in 1hz steps, suitable for use as a signal source or as a variable VFO for a transmitter.

Jim VK5JST displayed his modified G2DAF linear, which used dog food tins as covers and socket for valves, and the aluminium lids from Hoover washing machines to make the chassis and case.

Wally VK5TW had built a digital readout for his Yaesu 101 transceiver, from a design printed in the January 1978 edition of AR, written by Keith VK5OQ.

Lloyd VK5BR produced a sensitive RF meter which can be used to measure currents outside cables and around antennas.

Steve VK5AIM had three items for display including an antenna base recommended by 'Practical Radio' magazine for use in field day situations.  Also an antenna tuner made from recycled parts, and a modified case he had made for a Bird Wattmeter. 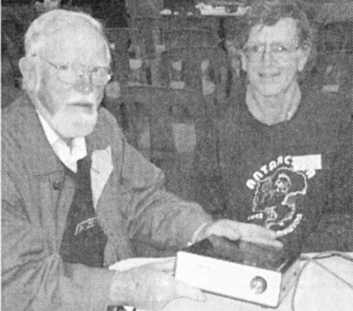 About 60 people enjoyed good fellowship and a good meal. 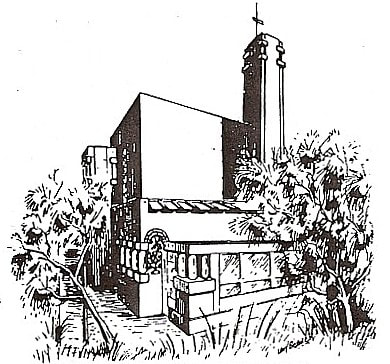 This was held at the Goolwa Hotel.  About 20 people were in attendance. 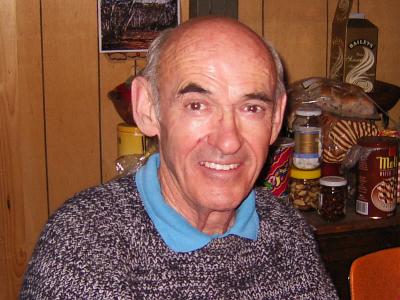 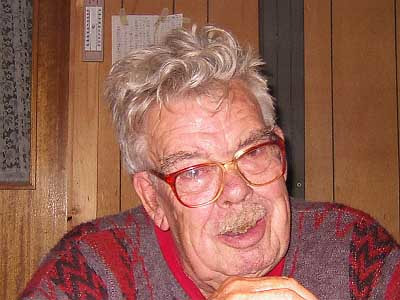 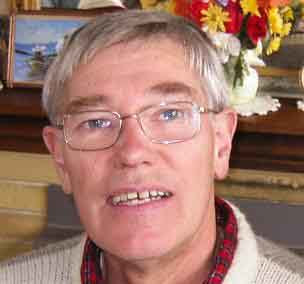 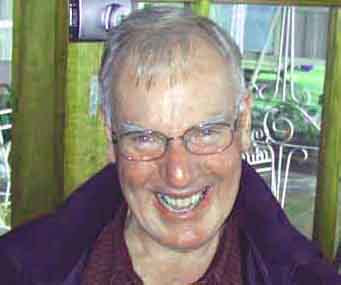 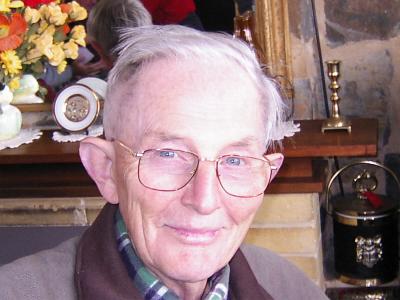 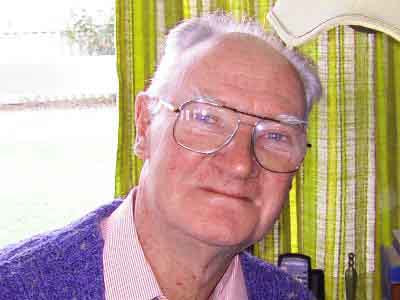 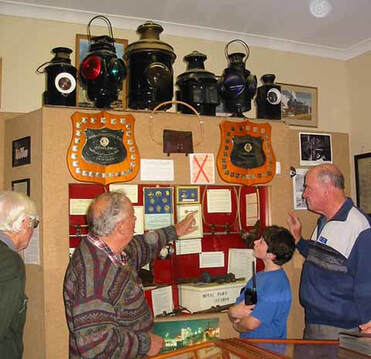 In May about 30 AHARS members paid a visit to the Railway Signal Telegraph & Aviation Museum, West Richmond.

There's something there for every interest - railway, radio, aviation and even the Transport History of South Australia.  Our expert guides were Eric Kelly, Don Temby, and John Newell. They seemed to know their subjects in great detail, and with a great deal of passion.

Two videos were shown at the start of the evening:  The first about Railway Safety, its complexities and history, and the second about the epic air voyage of Sir Ross and Sir Keith Smith by paper glider from England to Australia in 1919. 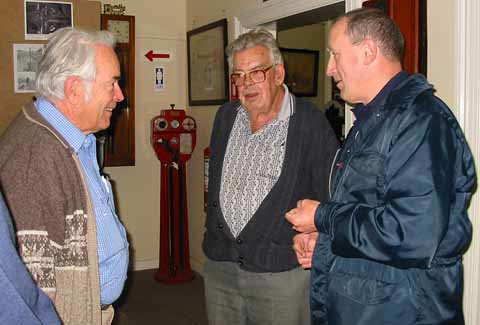 Early days of Adelaide Electric Supply Co, by Phil Williams VK5NN.  Phil had been involved in the development and building of the radio comm network for the local Electricity Supply Company ETSA from the beginning so had many tales to tell.
​

A group of AHARS amateurs took part in the JMMFD at 'Womberoo'.
Under the guidance of Merv VK5MX, Paul VK5PH, and others, and in conjunction with the Scouting Association of South Australia, an impressive array of antennas and other radio equipment was assembled at the Ashton Oval for the JMMFD weekend.  The group made use of some high tech equipment, including wind up masts, heavy generators, etc, loaned by the Army, and others,  The crank up antennas had a maximum height of 100 feet (30 metres). 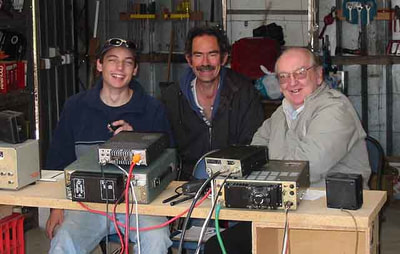 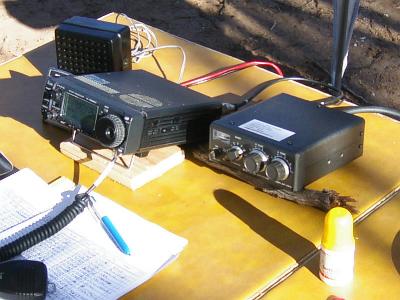 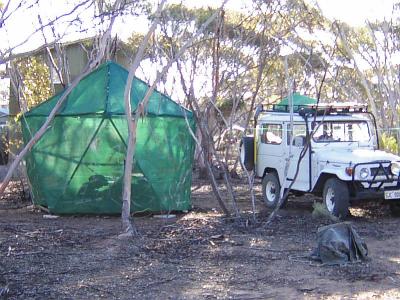 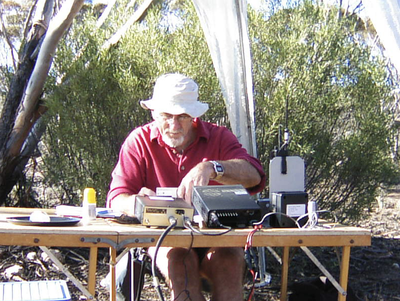 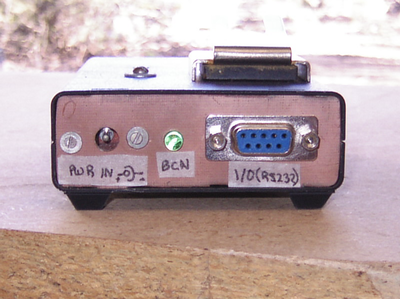 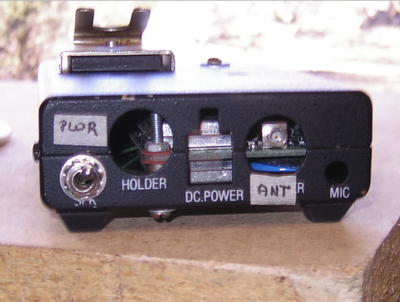 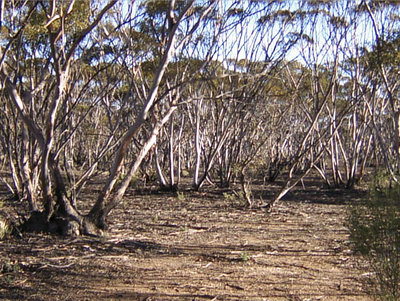 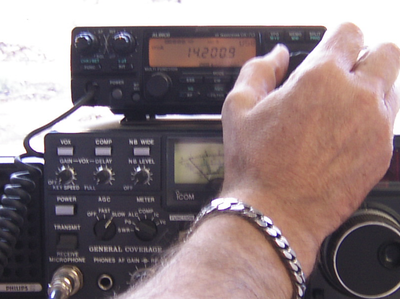 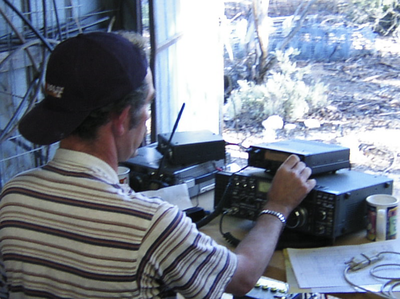 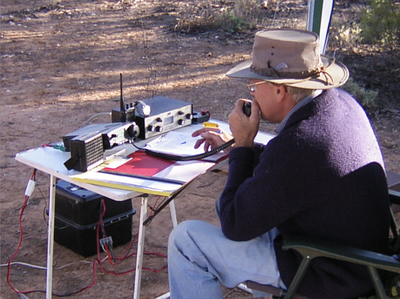 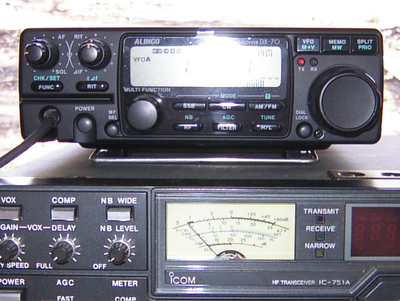 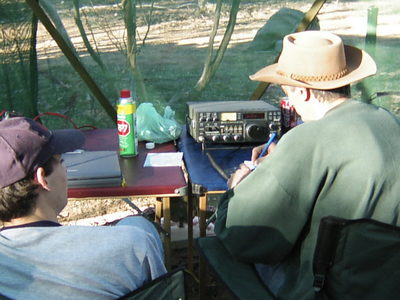 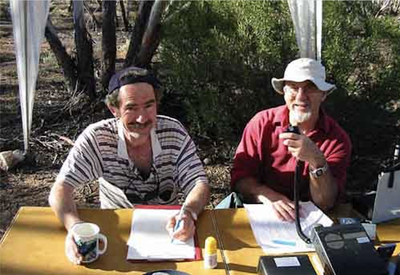 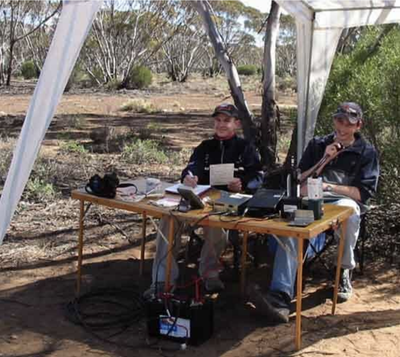 The AGM was followed by a talk on the Historical Radio Society of Australia, by Peter Holland.

Barbecue at the home of Hans VK5YX, and Leslie at Marble Hill. 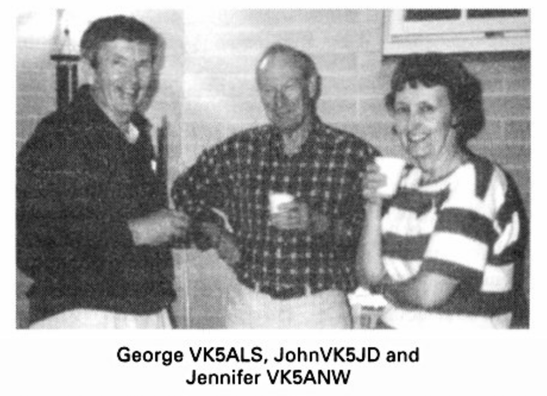