This was held at Westbourne Park.

​Over 20 tables of goods were on display and over 200 people passed through the doors.
Because it happens that most of the VK5 YL's are also members of AHARS, the ladies ran a food stall at the Buy and Sell.  In 2000 there were a number of visitors as well as the regulars of Jean VK5TSX, Tina VK5TMC, Meg VK5YG, and Christine VK5CTY, with Marilyn VK3DMS almost a regular too, and Jean Day also from VK3, and the latest VK5 YL Faith VK5HFC.  A photo was taken entitled the 'VK Thrives' as this is what Marilyn frequently used, living in Mildura she feels she is geographically closer to VK5 than to VK3. 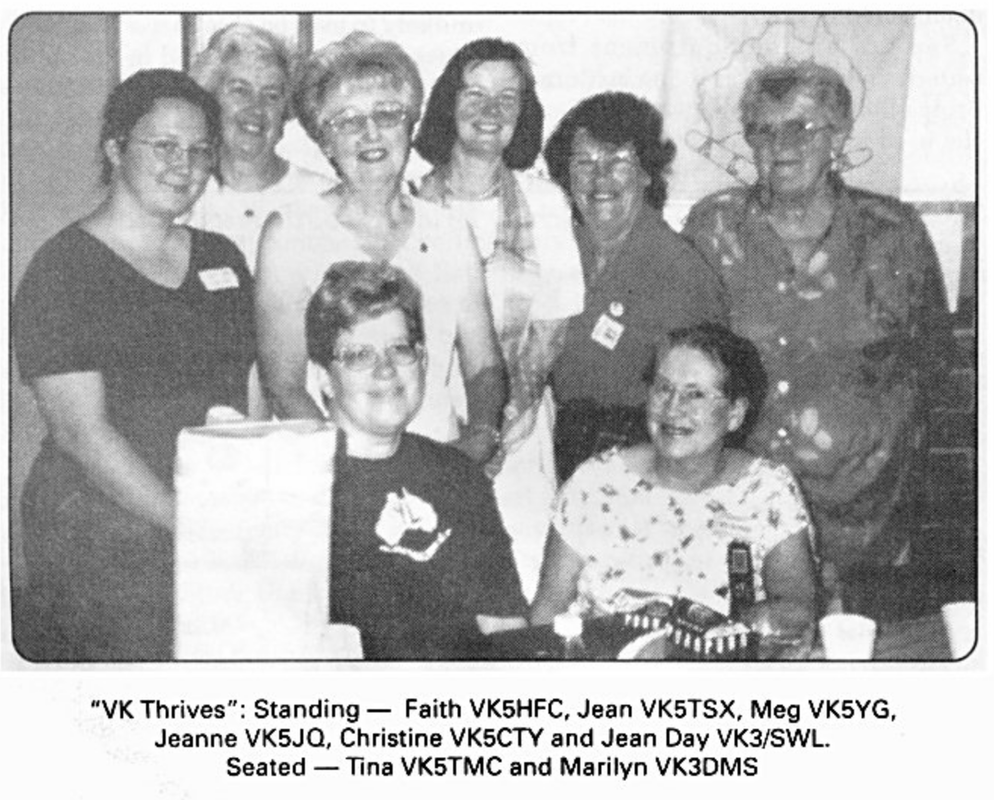 My Most Useful Workshop Items by 5 guest speakers.
​

This was a homebrew display night.
​

This was held at the Blackwood RSL.

​This was a club members Buy and Sell.

'What is the future for the VHF/UHF bands in the Amateur Radio service?' By Joe Kasser VK5WU.
​

In January 2000, AHARS joined the South Coast Amateur Radio Club in a combined barbecue at the South Coast club rooms.   This included a video of the Dayton Hamfest 2009.