Members came along armed with soldering irons, 'third hands' and magnifying glasses, prepared to make up a device from components supplied by Graham VK5ZFZ.  This year it was a crystal set with an IC bases two-stage audio amplifier. 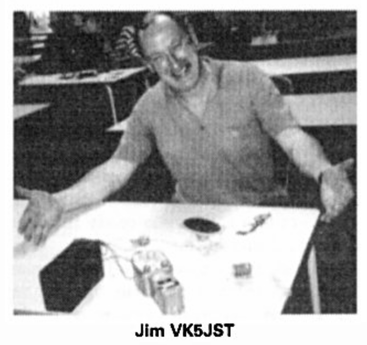 The October meeting was a members Show and Tell evening.  We were shown a 6m transmitter of extraordinary robustness demonstrated by Graham VK5ZFZ.  Jim VK5JST brought along a new power supply to which he gave the 'file' test.  Steve VK5AIM had another portable device to show, a simple device to anchor a portable antenna.  Phil VK5NN also had aerials to show.  Rob VK5RG showed some digital signal processing equipment.  The demonstration which won the prize for the night was the set of cross-field antennas made up by Lloyd VK5BR.
​ 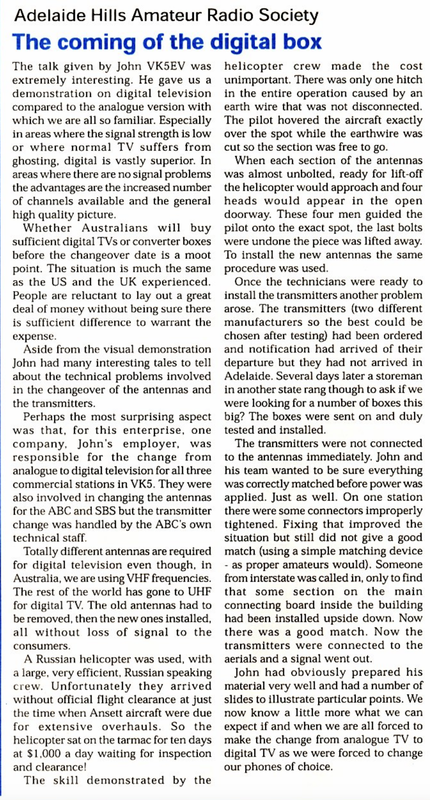 'What to do when' asked to provide Public Address System by Geoff Taylor VK5TY.
​

About 50 AHARS members paid a visit to Entech, a local manufacturer of printed circuit boards.

The Mid-year dinner was moved forward to June this year at the request of the chef at the venue which AHARS used.  The diners agreed it was a good idea to make the move so the dinner could be before the regular chef went on maternity leave.

This was a presentation on the ARISS Project and South Australia's role, and USA Space Program by Tony Hutchinson VK5ZAI.

The March meeting was a members Buy and Sell.  As usual, much junk became much treasure.
​

Social evening/barbecue at the home of Brian Trott VK5SV.  About 50 members and families, and one interstate visitor, Lance VK4EW, attended.  It was reported that 'much fellowship was enjoyed and many interesting conversations were heard'.  The evening was concluded by a film show of a series of shorts.