I have been licenced since 2009, originally as VK5FMPJ, before upgrading to a Standard licence in 2011.
My main interests within amateur radio are DXing, Awards and Contesting.

I am also a member of the Scout Electronics Team, helping introduce radio and electronics to young people, including through Jamboree of the Air (JOTA).
​

Patrick, one of our young members, recently had the honour of receiving the Queen‟s Scout Award.
The ceremony was conducted at the Eden Hills Scout Hall.
​
In attendance were various Scouting officials, parents, and a good-size group of scouts (both young ladies and young men), who supported Patrick both at the ceremony, and along the way. 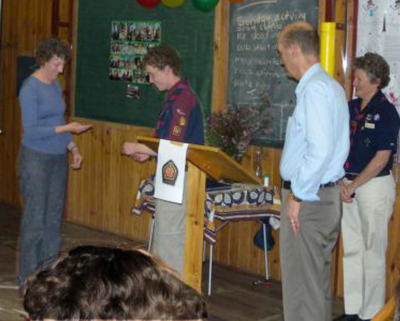 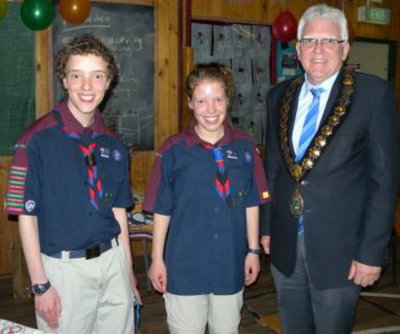 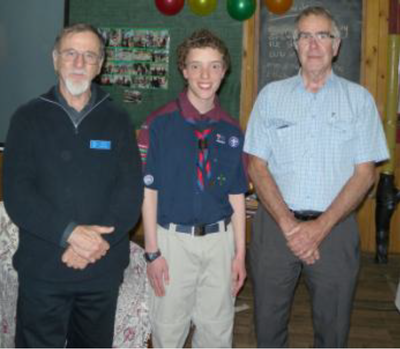 To gain his award, Patrick had to satisfactorily carry out the following projects:

Attend a Unit Management course; report on the organisation of the Wireless Institute of Australia
Attend a Leadership course. Participate in Outdoor activities - camping and hiking, and some caving
(accompanied by either mud or dust!) He organised a team which did geocache location, finding 70 (!)

In personal growth, he attended an Ideals retreat, which included researching drug use, orienteering, and stage production. Community Involvement, which included learning local history (eg, Colebrook), local government matters, First Aid, and participating in local cleanups.
​
In The WIA DXCC Award, he managed to get 70 countries (entities) confirmed - a big achievement for such a short time.