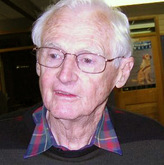 A significant amount of work has been undertaken by Lloyd Butler, VK5BR, with respect to the history of the Adelaide Hills Amateur Radio Society Inc (AHARS).

​This page, contains a snapshot of the history of AHARS.

An occasional informal get together led to the largest amateur radio club in South Australia.

The song 'From little things, big things grow' comes to mind when describing the history of AHARS.  In April 1982, the concept of a new radio club began to be shaped by a group of friends who were interested in amateur radio and who met regularly in their homes. The group consisted of Marshall Emm (VK5FN), Graham Evans (VK5YR) and Rob Burton (then VK5ZAL).  The group soon expanded to five, and included David Green and Peter Ravenscroft (at one time VK5PN).

The group met informally, often on a weekly basis but normally no less than monthly, sometimes at the homes of Marshall or Graham and sometimes at the hotel for a meal and liquid refreshments.
There were apparently various forms of amateur radio activity carried out by the Group in 1982. Rob Burton remembers at least two fox hunts initiated by the Group, one during a winter evening in 1982 and another on a Summer Sunday afternoon in the Belair National Park.
​
It appears that the Group became more formalised as AHARS during Christmas 1982. During January - February 1983, the group advertised several times in the Adelaide newspaper "The Advertiser", inviting interested parties to consider forming a radio club and inviting them to a public meeting in the Blackwood War Memorial Hall on the 10th February, 1983. at 7.30 pm. The advertisement was also displayed in the Radio Shop of Max Farmer (VK5GF). 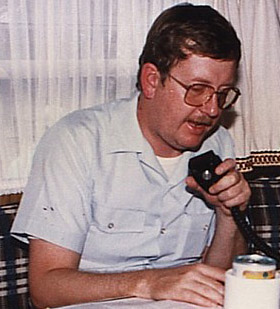 At 8.30 pm, Marshall then opened the first AHARS Annual General Meeting.  Membership fees were set at $10 for members and $5 for associates, with a total of ten applications received.  The meeting resolved that the first radio net would be set up on February 14 and then on a subsequent weekly basis.

Further Executive positions were not established until the following meeting on March 17, 1983.  David Green was elected Secretary and Alf May (VK5ZWM) was elected Treasurer.  A list of members or persons attending was not documented for the February meetings but the following were recorded as members at the March meeting:- 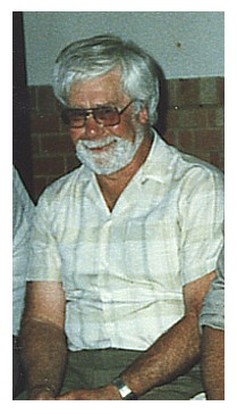 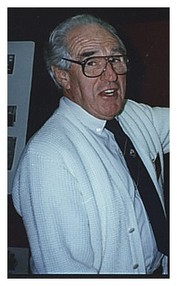 Bill Hart VK5DWM
Nearly all of the above are assumed to have been enrolled from the first meeting in February but foundation member Bryan Scott is certain that the following also attended that first meeting:-
​

Rob Burton followed Marshall Emm in becoming Club President for two years commencing February 1984.
Clearly there were a number of others who were interested at the early stage. Jack Trembath VK5JT and Staunton Macnamara VK5ZH (once VK5ZN) tendered apologies for the first meeting in February. Hans Smit VK5YX tendered an apology for the second meeting in March. Hans subsequently enrolled as a member at the third meeting on April the 21st. Later on down the track, Hans filled the position of Club President.
An early (but undated) membership list showed that several others, named below, had enrolled as members at a fairly early stage: Frederick E Stahl VK5FS, Bob Smith VK5KBS & Jack Trembath VK5JT.

At the March meeting it was recorded that the already established Club radio net would continue on Monday nights at 9.00 pm (apparently on 80 metres) and if QRM/N was too bad, they would try 10 metres. Marshall Emm reported that he had applied for and had been granted an amateur station licence for the Club with call sign VK5BAR.

At the June 16 meeting an unofficial Club VHF frequency was also nominated on 147.350 MHz.
A motion to incorporate was passed at the meeting on the 21st of April and the official date of incorporation is recorded as July 21, 1983.

The question of joining the WIA was debated over several of the first meetings, mainly deferred because of limited funds. However the club eventually applied for membership and was accepted into the WIA in July 1983.

Recruitment of new members to build up the Club membership was encouraged from the start. At the April meeting it was proposed to place advertisements in the Advertiser and in shops around the town. It was also decided to contact amateur operators in the Hills area to see if they would become members. Potential licence holders were given help. Coaching was provided in Morse by Marshall Emm and in theory by Richard Thiel. As a matter of interest, Richard was the first Secretary of the Lower Murray Amateur Radio Club when it first opened on October 20, 1976. He also initially provided tuition in radio theory for that club. As you now well know, that Club more recently combined with the Adelaide Hills Club. 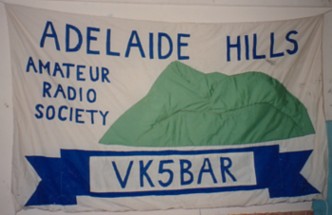 Many Club activities have been carried through from year to year such as the popular Buy and Sell events, outside visits to technical institutions, and regular presentations by selected speakers.

As at May 2006, the Adelaide Hills Amateur Radio Society boasted a membership of 105, quite a growth from a small number of members in 1983. It's quite an amazing story: What started as an occasional informal meeting of just three Radio Amateurs to discuss their hobby over sometimes a meal and a few drinks has grown to the largest Club representing Radio Amateurs in South Australia.

Essentially, due to the efforts of Marshall Emm, the Society was the first in Australia to set up facilities for examination of the Amateur Operator's Certificate. 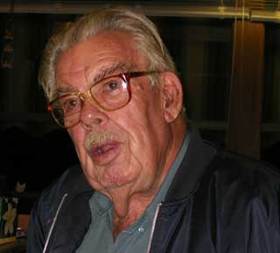 The President appointment, first given to Marshall Emm, was then followed by Rob Burton VK5ZAL, Hans Smit VK5YX, Alan Haines VK5ZD and Geoff Taylor VK5TY. Geoff was elected in February 1991 and held the position until June 2005 when quite suddenly he joined the silent keys. Geoff has earned the honour of the longest continuous standing President.
​
But Geoff is not the longest standing member of the executive committee. This honour must be given to Bryan Trott VK5PBT who was Treasurer from February 1988 to February 2005 .
Between February 1983 and January 1985 AHARS held its meetings at the Blackwood War Memorial Hall.

Between February 1985 and March 1985 AHARS held its meetings at the Blackwood Uniting Church.

​Between April 1985 and June 1989 AHARS held its meetings at the Blackwood Junior Primary School.

Between August 2005 and June 2006, AHARS held its meetings at the Masonic Hall at Blackwood.

​Between August 2006 and November 2011, AHARS held its meetings at the Belair Community Centre. 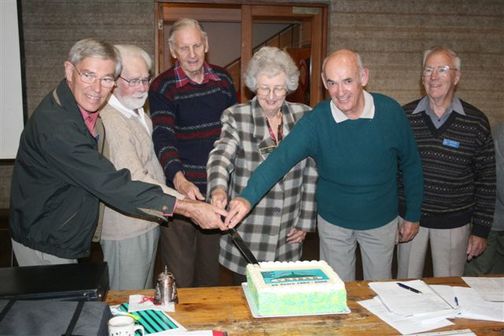 ​After supper, there was a short meeting, which was followed by a number of displays which included a series of old photographs and club records provided by Geoff Southby, some 1983 magazines and literature provided by Christine Taylor, whilst other members presented old radio gear from around that era. 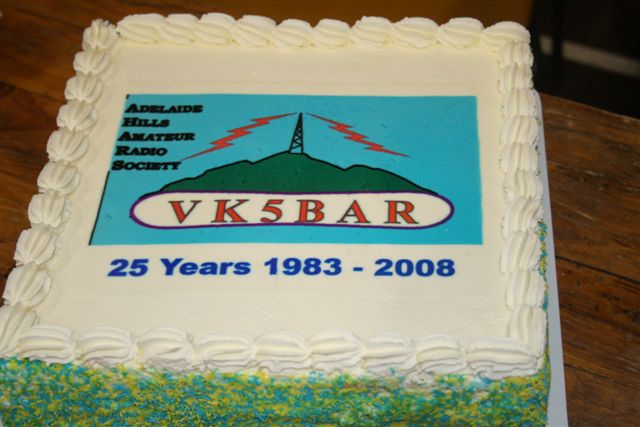 In 2011 and agreement was reached between AHARS and the Blackwood Girl Guides, that use would be made of the Guides shed at Hannaford Street, Blackwood.  Work commenced on what would become the AHARS 'shack' in May 2011 and continued over many following weekends.

On Saturday 3rd September 2011 the 'shack' was officially opened, with an address by the AHARS
President David VK5KC, the Mayor of Mitcham - Michael Picton, the State Commissioner for Guides -  Wendy Davis, and the WIA Director -  Chris Pratt on behalf of the WIA.  The 'shack' opening was carried out by Christine Taylor VK5CTY in memory of her late husband Geoff Taylor VK5TY.
From February 2012, AHARS commenced holding its meetings at the Blackwood Community Centre, 4 Young Street, Blackwood.  This continues to this day.