Joy was active in WICEN, ALARA, and many other activities.
For many years she ran the WICEN 2 metre Net on RAD.

Almost as soon as she obtained her licence, Joy joined ALARA and was a keen member, and was State Representative for VK5 for a time. She attended the ALARA Birthday lunches each July but was not able to join the YLs on a more regular basis because of her other commitments.

Joy‘s OM, Ted was an amateur when they married. Ted was VK5YQ, and subsequently one of their daughters, Joyanne and their son Kym also obtained their amateur licences, they were a very well licensed family.

At the funeral, Amateur Radio was represented by three ALARA ladies (all AHARS members), and four OM‘s.

Daughter Joyanne, VK5BJH, has applied for her mother‘s callsign. 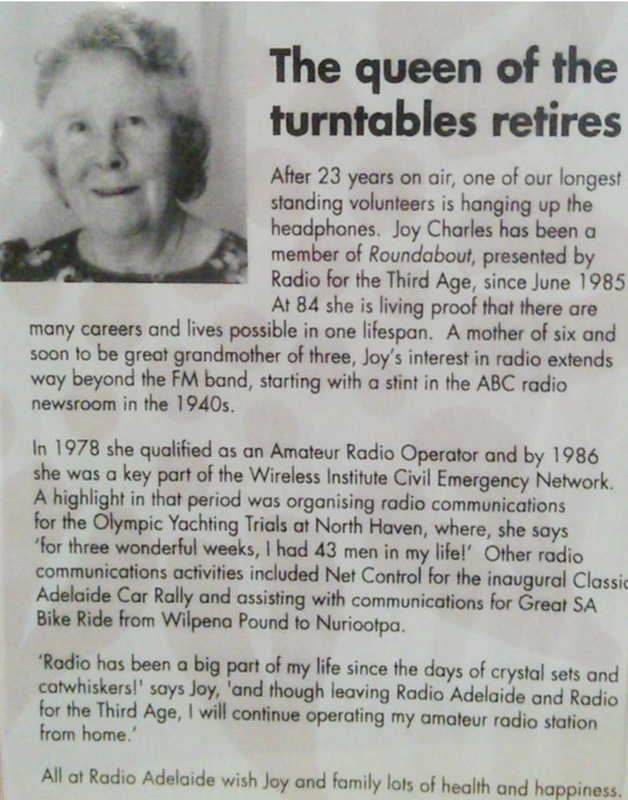