This was held at the Mount Osmond Golf course clubrooms. 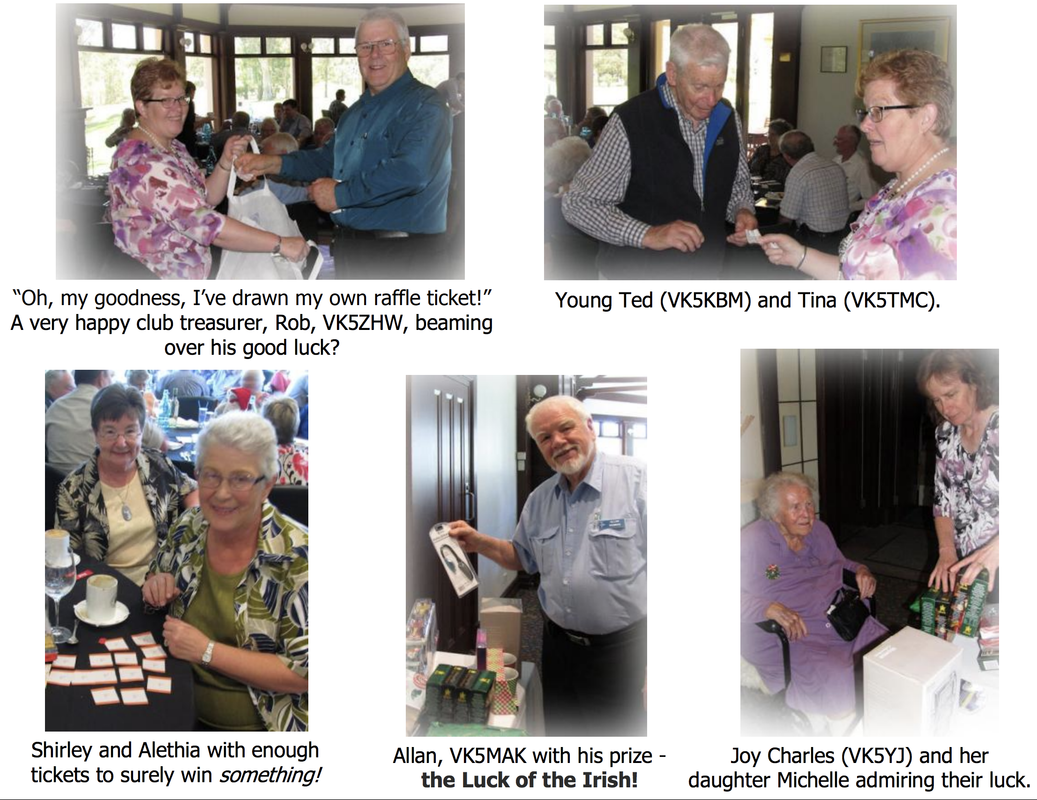 Bill Cowley VK5DSP spoke on satellite comms projects including a low cost cubesat and use of the 70cm band. 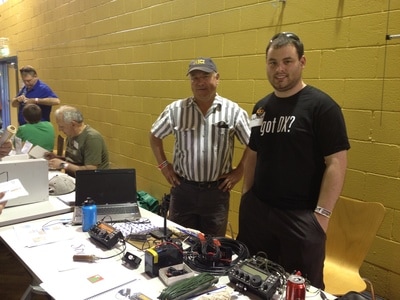 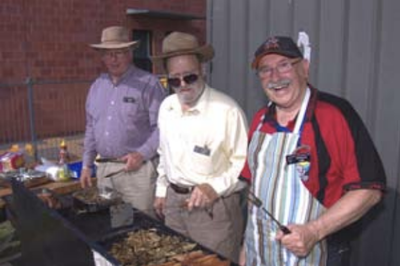 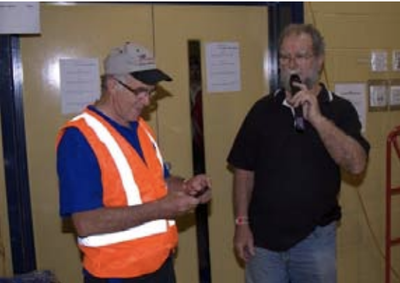 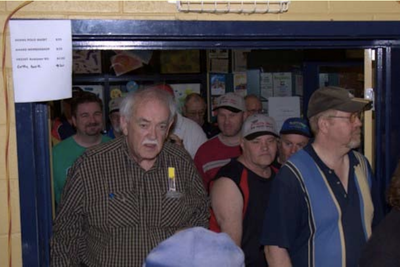 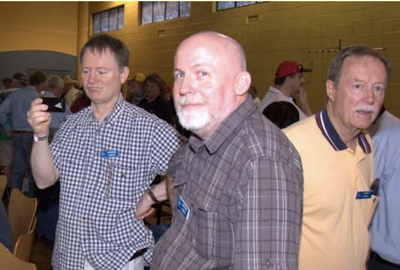 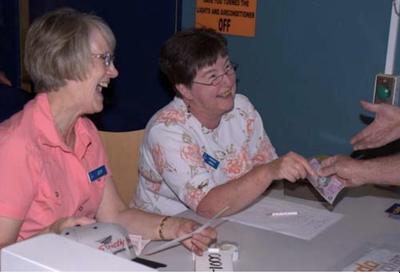 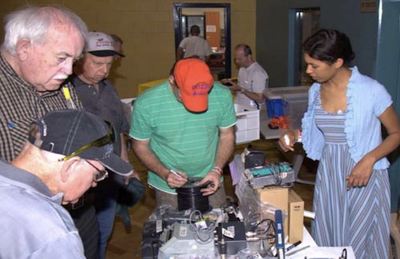 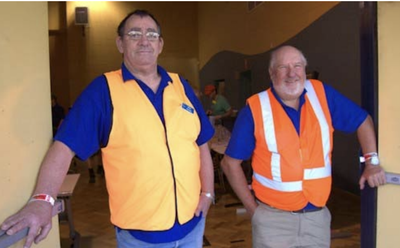 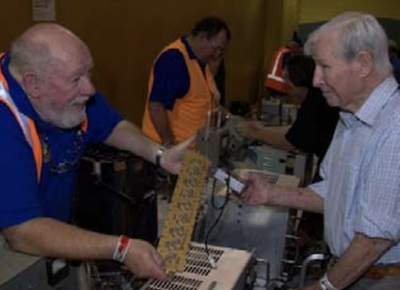 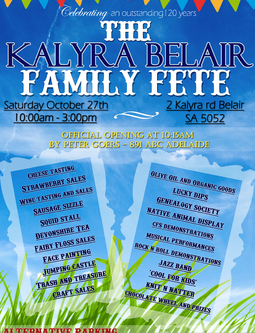 You no longer have to be an Old Timer to enjoy these functions. Good food and company at the Marion Hotel makes these events a pleasant occasion for all. The guest speaker was Leigh Turner, VK5KLT, who spoke about his miracle vertical antenna, and how he had made it so. 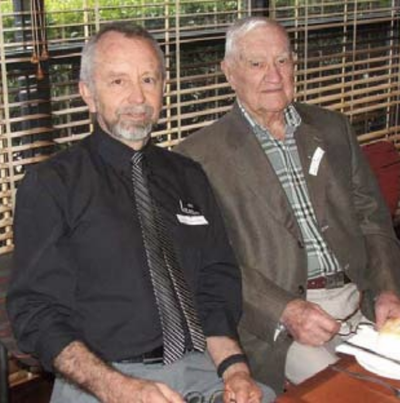 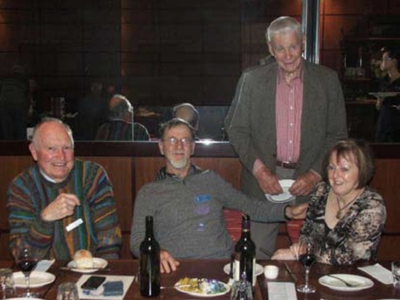 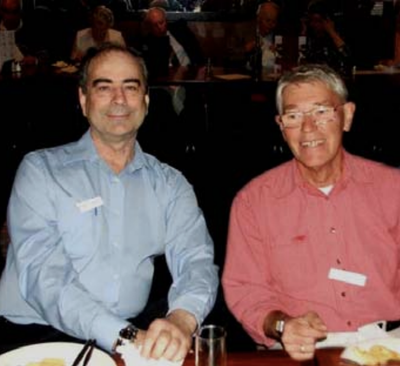 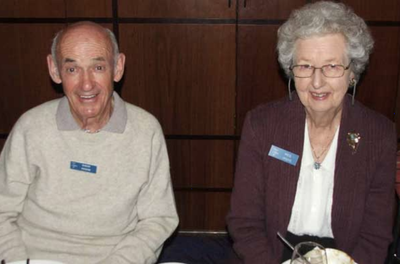 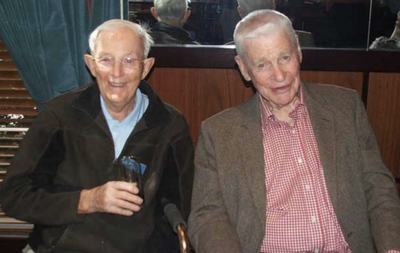 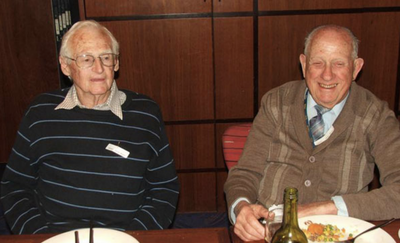 Six new Foundation calls, with three joining AHARS.  One of those who passed was 97 years young and can still read morse.

Held at the Blackwood Senior Citizens Club, this was a talk on the development of the CODEC2 protocol by David Rowe VK5DGR

Convert an AT or orXT computer power supply.

Kevin Zeitz VK5AKZ hads been given due recognition this year for his services to Amateur Radio.
Kevin received his reward for his service to the CW Operators QRP club.

​The award was for services to QRP and was made at the recent Dayton convention when the “Four Days in May” are celebrated. This is held in conjunction with Dayton each year.

A group of AHARS members and their wives travelled to Kangaroo Island and operated from the Cape Willoughby lighthouse.
Steve (VK5AIM), and Keith (VK5OQ), operated across the Port Adelaide River from the lighthouse. “The Lighthouse was originally located off Semaphore Beach which is now in suburban Adelaide. With the advancing development in the 19th century, the lighthouse became redundant and it was moved to Port Adelaide to be set up as a tourist attraction. It is now under the control of the South Australian Maritime Museum. Our first contact was just before 11AM with VI5CW at the Cape Willoughby Lighthouse on Kangaroo Island with Lesley VK5LOL on the mike. We contacted a further 15 lighthouses, including F5CAC in north-eastern France.“ 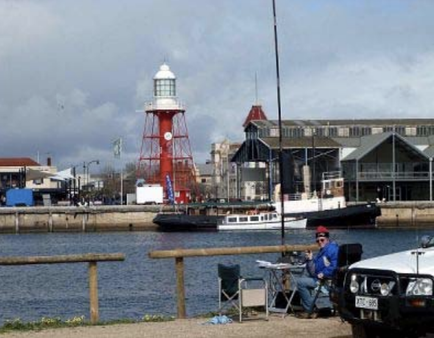 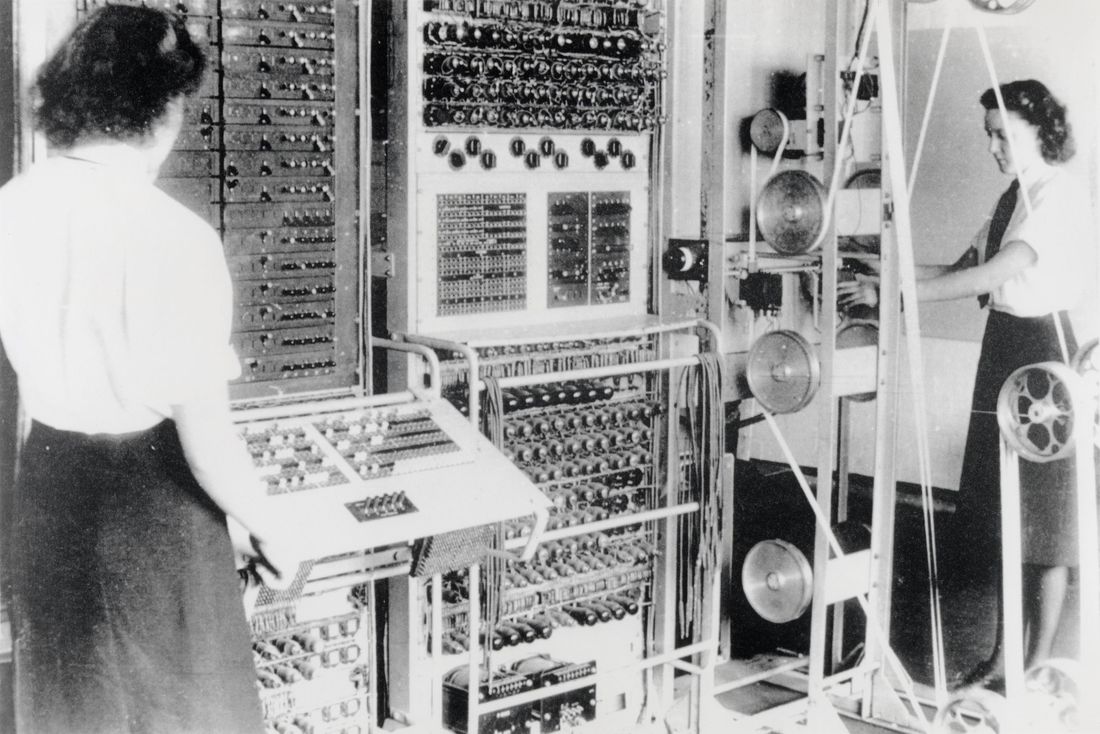 A Mark 2 Colossus computer. The ten Colossi were the world's first (semi-) programmable electronic computers, the first having been built in 1943. Image courtesy of wikipedia

This was held at the Morphett Arms Hotel, Glengowrie.

Erich VK5HSE spoke about his prototype morse key.  The guest speaker was David Leigh who gave an interesting talk on computer lathes followed by Rob VK5RG who advised members of the 5.425 MHz upper side band.

A breakfast and mini auction was held at the shack. 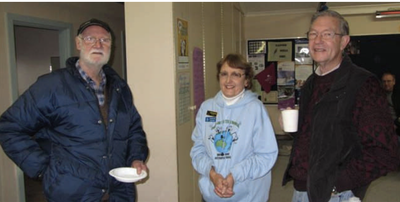 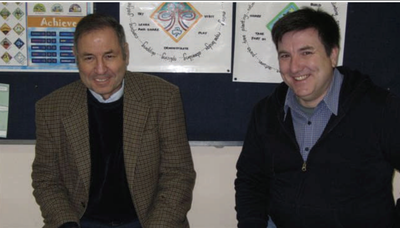 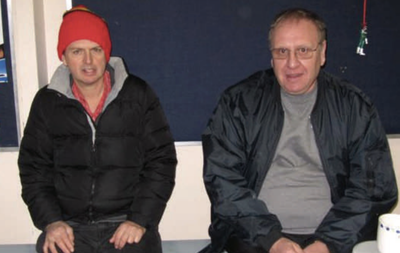 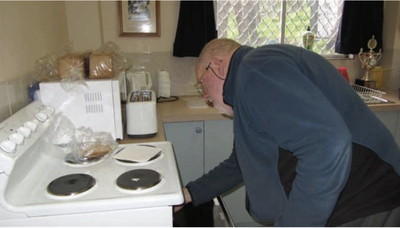 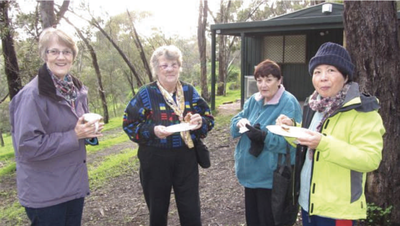 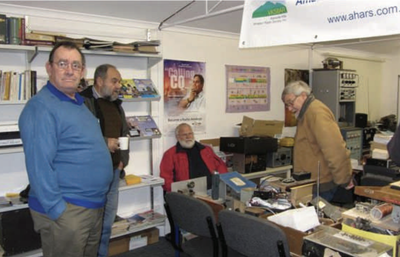 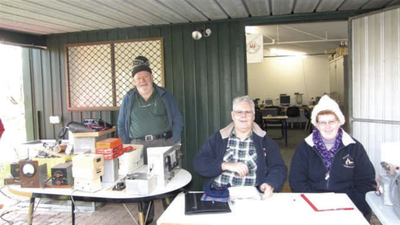 Members Show and Tell at the Blackwood Senior Citizens Club.

A working bee was held at the shack on Saturday 9th.  A BBQ lunch was provided.

Jim Tregellas VK5TR/VK5JST, who was awarded the WIA Amateur Radio Technical Award for 2 articles in Amateur Radio magazine: “An Introduction to Stepper Motors” and “Building an 80 metre magnetic loop antenna for your attic”.

​Trevor Quick VK5ATQ (along with 23 other assessors) was awarded a commendation for his service as a Nominated Assessor. 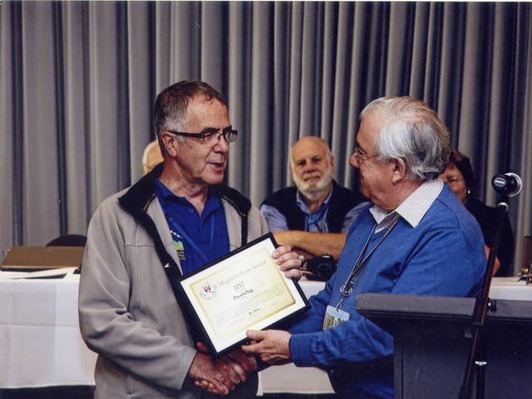 The 2012 YL International Meet was held in Adelaide.

Held at the shack.

This was a members Buy and Sell, held at the Blackwood Senior Citizens Club.

During March 2012, some members of AHARS, the Historical Radio Society of Australia and the Australian National Antarctic Research Expeditions Club, were guests at the South Australian Museum, where John Gillies presented his reconstruction of the Telefunken transmitter, used by Sir Douglas Mawson in his 1911/12 expedition to Commonwealth Bay. The event was part of the Centenary celebrations of the first Australian Expedition to Antarctica. Very little of this rebuild used original parts, most being manufactured from photographs displayed in 1910 catalogues. Rob Gurr VK5RG, delighted the museum staff and John, by donating an original insulator, he had salvaged from the remains of Mawson's relay station at the top of Wireless Hill, at Macquarie Island, when he was there in 1952. 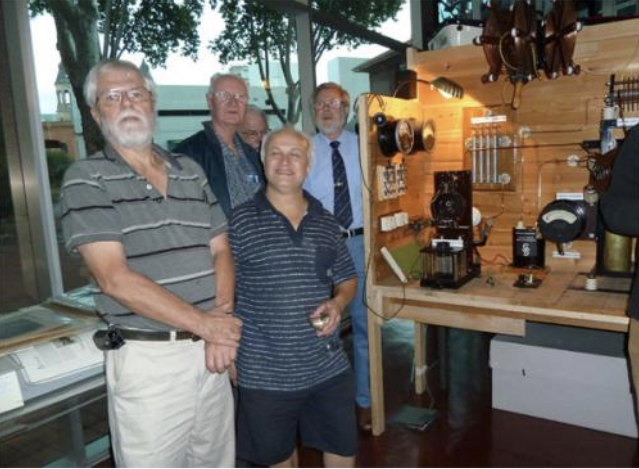 At the March 2012 meeting of the Adelaide Hills Amateur Radio Society, Dean Probert, VK5LB, provided details and display of the high power linear amplifier, he has recently constructed. Dean discussed his motives for using the Super Cathode mode with his pair of 4CX250 Valves, the sourcing of components, research of articles by various authors, and its operating parameters as part of his Amateur station. He displayed his well kept records of progress with the success and failures highlighted.

​An auction of donated equipment, and some from deceased estates was also held, providing much pleasure and entertainment to all attending. Some WW2 disposal items and 'boat anchors' provoked intense bidding. 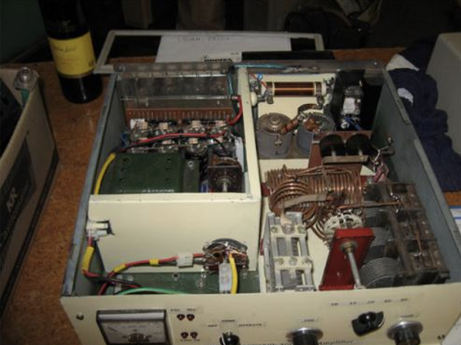 On Saturday March 10th five members of AHARS helped WARO, the NZ equivalent organisation to ALARA, celebrate 50 years of association. What is particularly significant is that WARO was formed on exactly the same date and at exactly the same venue, 50 years ago. There were 57 people at the special luncheon this year and one of those present was Celia, ZL1ALK, the only original member who is still a member. It was very exciting to have her there. The luncheon was held at the Millenium Hotel in Rotorua at which a number of presentations were made to other long serving members of WARO as well as to Celia. Our congratulations to all of them. The AHARS members were Tina VK5TMC, Jenny VK5FJAY, and Christine VK5CTY, along with the two OMs, Robert VK5ZHW and Kevin VK5AKZ . There were also two VK3s- Jean VK3VIP and her OM John VK3DQ, and two VK4s- Catherine VK4GH and her OM John VK4IO.