The 2015 Christmas lunch was held at the Belair Hotel on Sunday 13th December.  A little over 60 people attended. 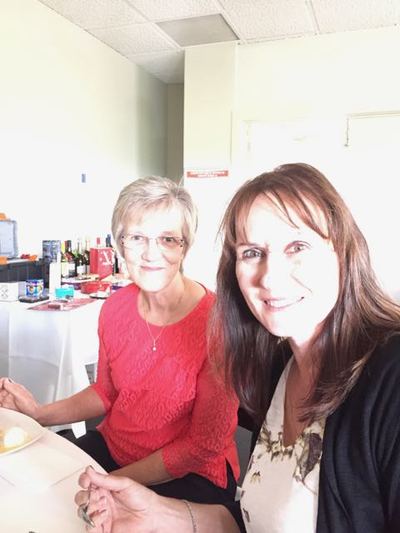 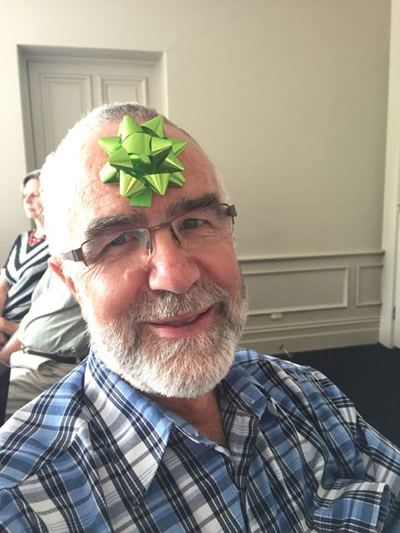 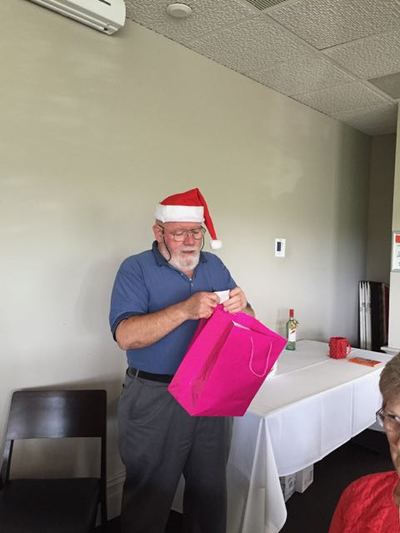 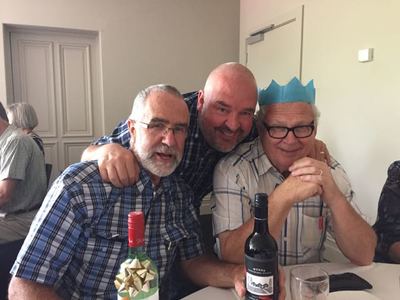 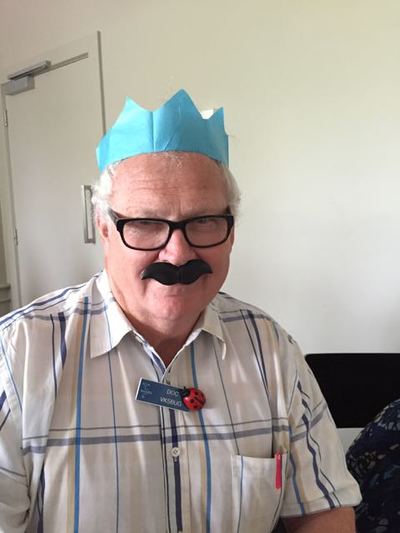 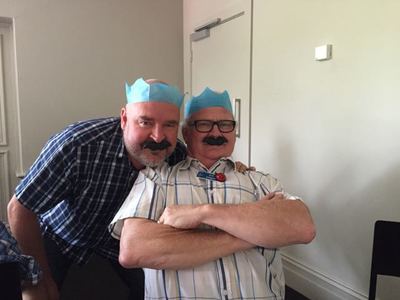 Making up Antenna analyser kits at the shack. 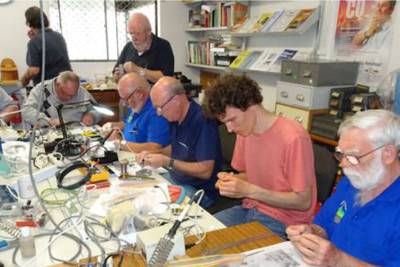 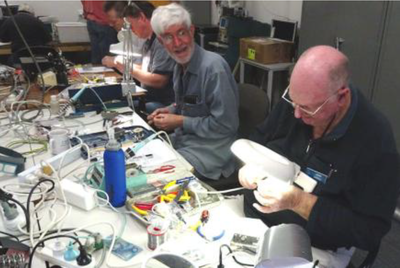 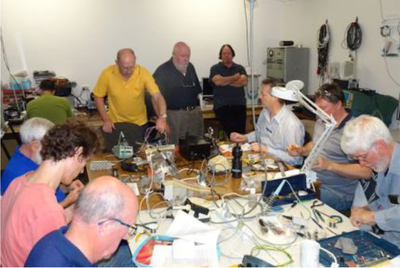 The 2015 AHARS Buy and Sell was held on Sunday 1st November at the Goodwood Community Centre.

Ian VK5CZ and Paul VK5PAS set up a SOTA & Parks display table, and also conducted some powerpoint presentations during the day.

Use of cheap Dongles for transmission & receiving SDR monitoring by Bill Cowley. 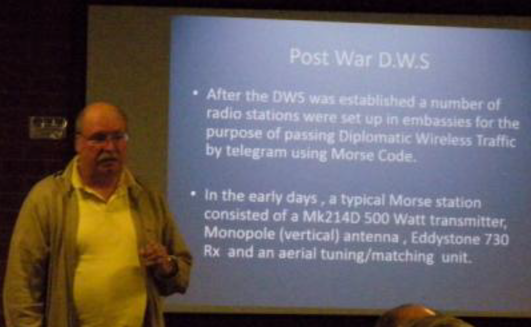 The July 2015 General meeting was a member's Show and Tell which included the following:

Trip to the Far North and VK100ANZAC

During June 2015, David VK5KC, John VK5BJE, and Paul VK5PAS, and their XYLs, travellied to the Far North of South Australia for some ham radio fun & 4WDing adventures.
​
A number of rare summits were activated for the Summits on the Air (SOTA) program.  And a number of rare parks were activated for the VK5 National and Conservation Parks Award and the World Wide Flora Fauna (WWFF) program.

​David, John and Paul also operated as VK100ANZAC from the ghost town of Farina, about 700 km north of Adelaide.

On June the 18th, a number of AHARS members and friends and family visited this truly excellent museum at Port Adelaide.
The museum is run by volunteers, including AHARS‟ members Barry Williams, Geoff Southby, Jean and Rod Kopp, and Robin Devore. Thanks to them and all the other volunteers who do such a great job. Much restoration work is done there. The museum also has a library, shop, and is home to VK5AIR, a club station run by Stephen Baker, VK5UQ. Air cadets are encouraged to study for their Foundation Licences. Perhaps the Piece de Resistance is the F111 bomber. AHARS is fortunate in having a few ex-RAAF people with a good knowledge of aircraft operations with that aircraft, and some of the others on display. 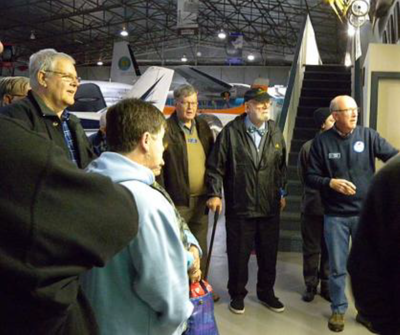 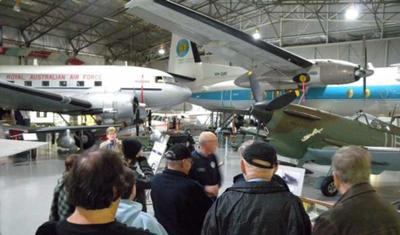 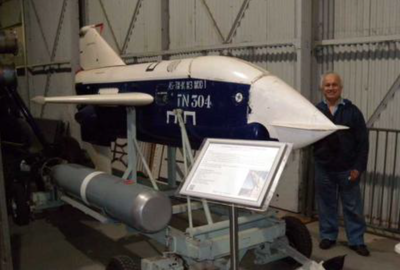 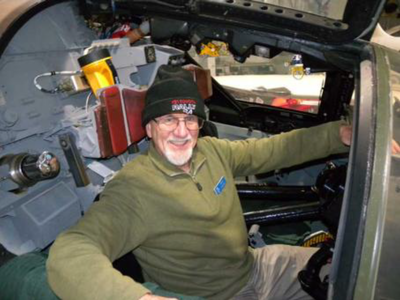 The mid year dinner was held at the Marion Sports & Community Club. 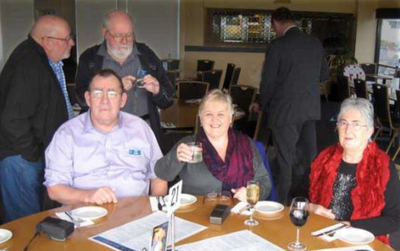 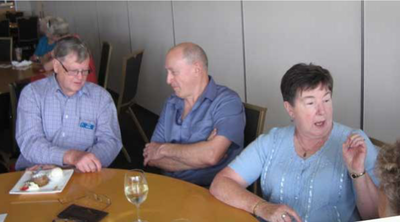 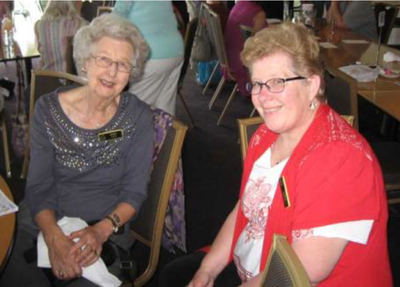 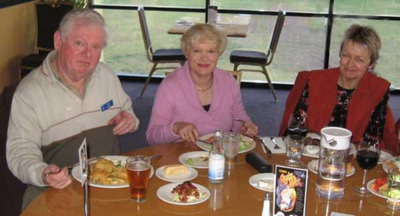 Auction held at the shack

An auction of equipment was held at the shack on Saturday 30th May 2016.

At the May 2015 General meeting Paul VK5PAS gave a presentation on the World Wide Flora Fauna (WWFF) program and the VK5 National & Conservation Parks Award.  Barry VK5BW, the AHARS President, also also presented Paul with the inaugural Certificate of Excellence from the WWFF Council in Europe. 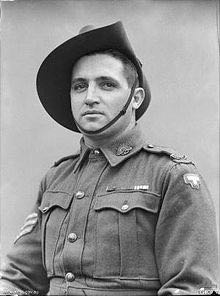 During 2015, AHARS was privileged to be able to use the special call signs of VK100ANZAC and VI5ANZAC as part of the WIA's ANZAC Centennary event. 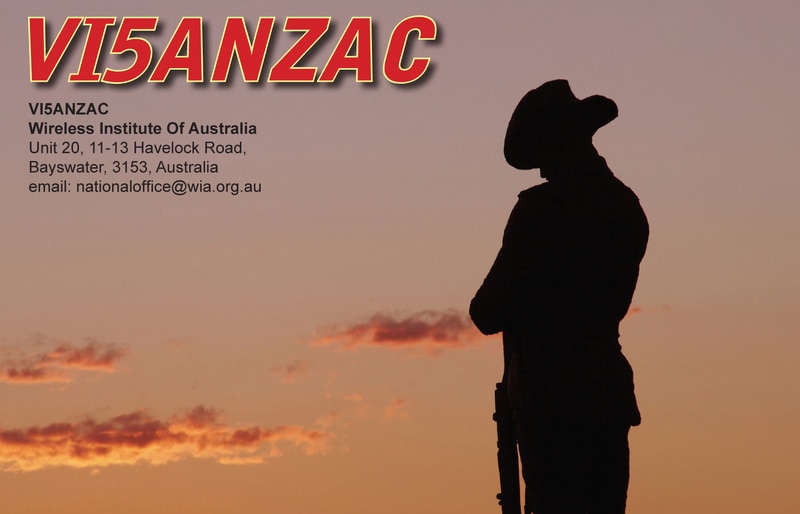 This was a members buy and sell.

The weekend was held on Saturday 28th & Sunday 29th March 2015.
There were a total of 111 park activations, and of those 81 were unique parks (in other words different parks).  South Australia was well represented with parks being activated in the Far North, the South East, the Riverland, the Adelaide Hills, Kangaroo Island, the Adelaide metropolitan area, and the Yorke Peninsula.
A total of 41 amateurs took part as activators (a number were AHARS members).  Below is a list of those who headed out into the field:-
More than 3,000 QSOs were made by the activators all around Australia and throughout the world.
I would like to thank all the amateurs who took part in the weekend, both park activators and park hunters.
A special thanks to Tony VK3VTH/5 and Tim VK3MTB/5 who crossed the border to activate South Australian parks.
It was very pleasing to hear a number of first time park activators including Greg VK5GJ and Norm VK5GI, who activated parks on the Fleurieu Peninsula, and Roy VK5NRG who ventured out with David VK5KC.
Congratulations also to the five Foundation operators who took part as activators. 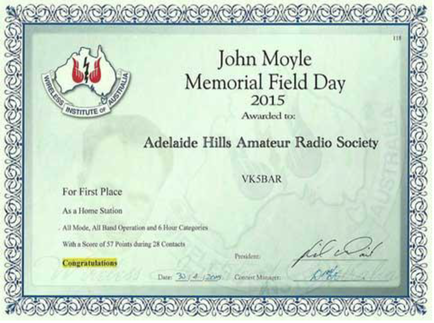 AHARS took part in the 2015 John Moyle Memorial Field Day from the AHARS shack under the call sign of VK5BAR. 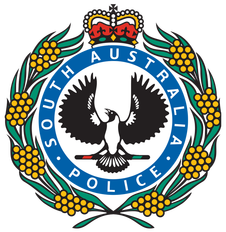 The AHARS Summer picnic was held on Sunday 18th January 2015 at the Bridgewater Lions Park.